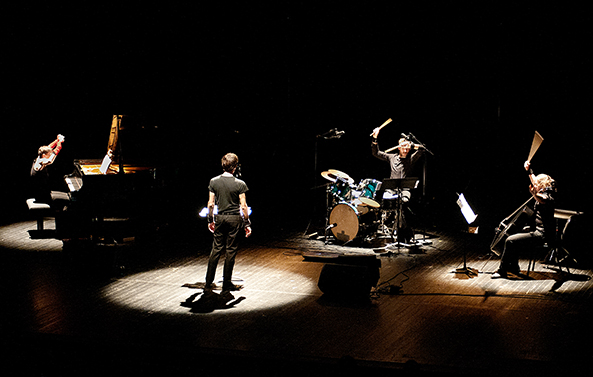 The year 1992 marks the beginning for the ARMO (Association for Research in the Manipulation of Objects)/Jérome Thomas Company. Within this framework, he has produced several shows till now. All of his productions have been touring in France and performed abroad, often with the support of AFAA. In 1996, Jérome set up the first Festival for Contemporary & Improvised Juggling. He created a juggling ballet for 10 dancers-jugglers. He also directed the show for the launching of Cirque Théátre d'Elbeuf.
During teaching at the Ecole Superieure des Arts du Cirque in Chálons-sur-Marne (89-90), Jéróme Thomas initiated a series of workshops to instruct others in his particular method and approach to juggling. He has also worked for several years with the Moscow Circus School. In October/November 2001, he was artistic director for the event called Arts de la Jongle (Juggling Arts) which took place at the Parc de la Villette in Paris. Jéróme Thomas was an Honorary Committee member for the Year of the Circus. He received the SACD Award for Circus in 2003.